On the right side of the Calendar click "I'M ATTENDING"

From lessons learned in previous missions, we will begin using a new organized fighting method. Kill Zones or grids areas will be assigned to each Air-to-Air flight. If enemy fighters enter a Kill Zones, the assigned flight is to engage. Providing support will be a Reserve flight assigned to roam all Zones. If needed the Reserve flight can take over control of a specific Kill Zones.

In this mission we are assigned 3 Kill Zones, Alpha/Bravo/Charlie. Each kill zone is 50 miles by 50 miles in size. A SEAD Flight will roam all Zones and destroy both known SAM Radars and popup SAM Radars. A dedicated B-52 OCA mission call-sign Buff1 will destroy Tivat Airbase 30 minutes after takeoff. Keep the skies clear of all enemy fighters until Buff Flight has destroyed Tivat Airbase. Sting2 Flight is granted a single Mark-84 per aircraft to be used on Tivat's runway as a backup plan if Buff1 fails. 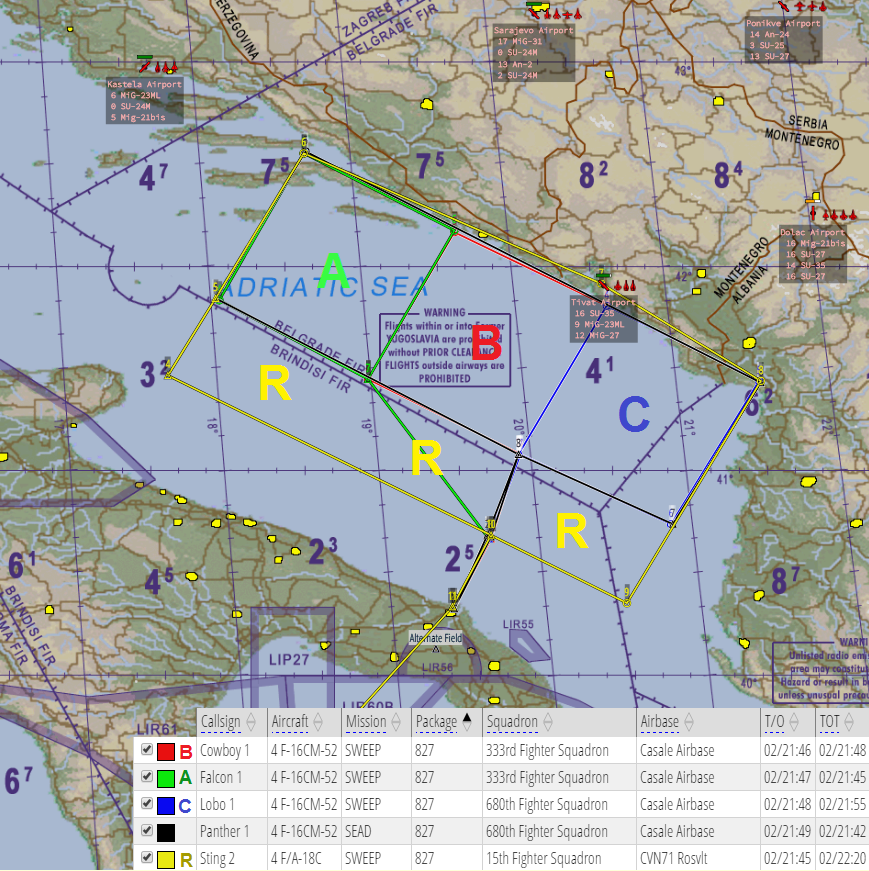