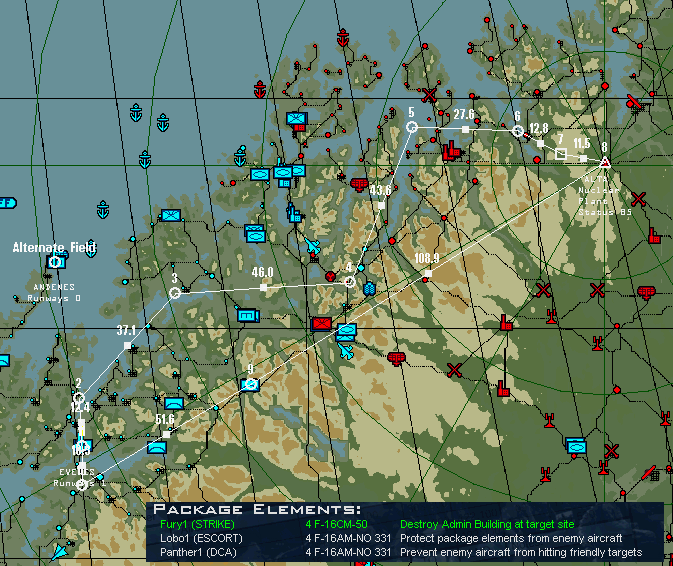 Intel has revealed that the Russians have some of their top scientists and spies  on location at the Alta Nuclear Plant attempting to study its components, likely to develop malware which to infect other Western power plants with. This is an opportunity to cripple their infowar capabilities by knocking out the facility with the HVTs inside.

A regiment of Russian Guards tank units are in the vicinity guarding the facility and it is expected the Russian will also deploy air assets to defend the site. We have devastated their air defenses and it will be some time before those will be deployed to the region in force, so the SAM threat is low.

The package will conduct an NOE approach and Fury1 perform a pop-up attack using precision munitions to knock out the Alta Nuclear Plant. Panther1 will support Fury1 in the total destruction of the site with a secondary objective of the tanks operating in the area. Lobo1 will engage and destroy any enemy fighters that threaten the primary mission.

There are no comments to display.