On the right side of the Calendar click "I'M ATTENDING"

Previous week we failed to destroy Hurghada AB. Even if our SEAD flights managed to inflict heavy damages to the enemy SAM systems our package just slightly damaged both runways.

Egyptians having an enginneer bataillon in the immediate vicinity repaired them in less than an hour.

Therefor we're going to strike that Hurghada airfield again using the breach we've made in the enemy IADS.

Avenger 1 will open the way and act as a DEAD flight to knock out the SA-9s that have been reported on the airbase, Cobra 1 will follow and will sweep the area looking for any scramblers or enemy CAP flight prior the arrival of the 2 strike flights. First one will be Viper 1 the OCA shortly followed by Weasel 1 whose task is to search and destroy the engineers bataillon. 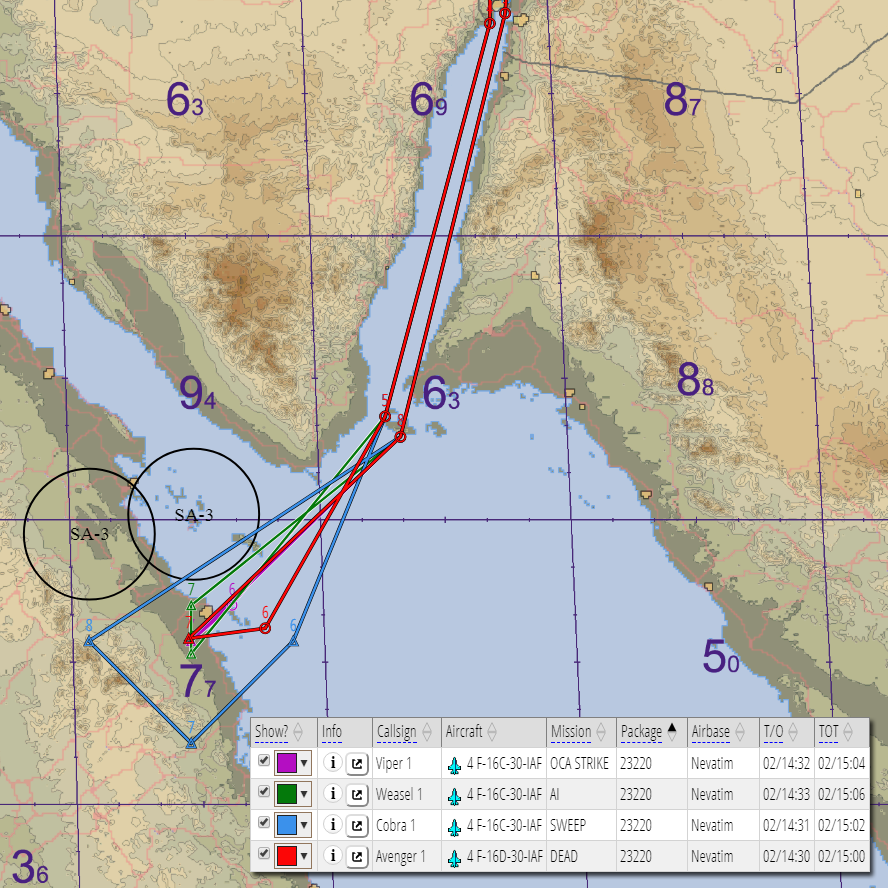